0.75x
1x
1.25x
1.5x
2x
0:00
00:08:36
Apple PodcastsGoogle PodcastsPlayer EmbedShare Leave a ReviewListen in a New WindowDownloadSoundCloudStitcherSubscribe on AndroidSubscribe via RSSSpotify
Looking For Some Fire In Your Inbox?
Sign Up For Awesome Updates
Powered by the Simple Podcast Press Player

Your life is a ship, and your tongue is the rudder. So says James, the brother of Jesus:

“…take ships as an example. Although they are so large and are driven by strong winds, they are steered by a very small rudder wherever the pilot wants to go. Likewise the tongue is a small part of the body…” (James 3:4–5 NIV)

The words on your lips steer your life.

There are also other words that direct us, and the Holy Ghost today described them to me as being like tug boats that we attach our faith to and guide us into harbour.

Our faith will always be hitched to a word. Always. Without exception, there’s a word that our faith is attached to tugging us in one direction or another.

God asked me today what words I’m hitching my future to?

I want to ask you the same question.

Let me remind you of another boat, one crowded with rowdy disciples. Strong men of action, not unfamiliar with choppy weather and adverse conditions.

Here they were hitched to the words of their Captain, “Let us go to the other side” (Mark 4:38). Then it happened. A massive, sudden, and shocking storm that terrified even the hardy fishermen among them.

In the face of adversity, they unhitched their faith from the words, “let’s go to the other side” and instead secured them to, “God doesn’t care and we are all perishing!”

Which harbour destination would you choose? “The other side” or “Lord, we perish!”

Is this not the challenge that we face too? God speaks and we hitch ourselves to His words, we cherish them, allowing them to pull us forward in faith.

You look across from where you are now, to where God wants to take you and start making moves.

Then something happens that runs contrary to the promise we have cherished, and it seems God has hit the snooze button.

00:00:05.970]
I just want to talk about something really simple, but really powerful, and it’s the words that we speak, but also the words that we let into our heart. As I was praying this morning, I was reminded of the story of the disciples when Jesus told them, hey, go over to the other side. These guys, like hardy fishermen, many of them get caught in a storm and end up crying, our lord, we perish. And it just reminded me of really the power of God’s words to take us across to the other side.

00:00:49.540]
You know, elsewhere in the Bible, James talks about how how our tongue can be like a rudder for our life. He says, looking at ships as an example, although they are so large and driven by strong winds, they’re steered by a very small rudder wherever the pilot wants them to go. Likewise, the tongue is a small part of the body, but steers our life in whichever direction we turn it. You know, regardless of the strong winds, regardless of what may be buffeting us, regardless of the things that may be coming against us.

00:01:32.190]
Yeah, that tug at the rudder that God has placed in a ship can carry us where we need to go. But this morning, as I was praying that the Holy Ghost showed me a picture of a tugboat, but it wasn’t really a picture. It was more just he spoke to me really clearly and said that, these promises that I give you and I’m like, that’s the reason I’m here right now doing these lives is about three or four days ago, the Holy Ghost spoke and said that I needed to start doing this.

00:02:10.280]
He also attached a promise to obedience to his directions. And he said, those promises that I give you are like the tugboats that carry you across and bring you into harbour. You know, following the conversation, I went away and did a little research to find out a bit more about tugboats. And I pretty much all I knew was that there used to be a tugboat in one of the Thomas the Tank Engine books that I read with my with one of my sons when he was about one and a half years old.

00:02:44.820]
But obviously I understood that a tugboat will be leashed or attached to a ship and pull or push it into harbour that they’re required to bring the ship to. It’s kind of safe destination, but they’re also used to come alongside and to supply the ship with needed resources en route. And it’s like these promises that God gives us. I like that they come alongside us and they give us the necessary fuel. They give us the necessary sustenance along the way.

00:03:25.590]
Yeah, even when things look contrary or even as we’re going forward and going in the direction that God has set for us, you know, sometimes it can seem like a long while between the promise being given and the kind of pulling into harbour. And that’s not easy. You know, I’ve got some promises that I’ve been carrying literally for decades now. And and he said that these promises that I give you are like a tugboat, that that at any any stage of the journey, you will always be attached.

00:04:34.530]
This big storm comes up. Yeah. And initially they were hitched to the word of their captain. Yeah. Let us go to the other side. But then they unhitched from that tug boat and they attach themselves to something else. Lord, we perish. Lord, you don’t care for us. Lord, where have you gone? Lord, are you asleep? And instead of remaining hitched to the promise and. Trusting it to take them to their destination, they uncoupled because of circumstances that look contrary and they attach their faith to a different word.

00:05:18.070]
And so I just want to encourage you today, Jim, in that you would attach your heart, you would attach your faith to the words and the promises that God has given you. You know, they are like they’re like these tugboats that come in alongside you to sustain you along the journey. And they are the that the the ships that come alongside and actually sustain you along the way. What are the promises that God has placed in your heart?

00:06:34.750]
What are the words that I need to attach myself to? What are the words that I need to hook myself onto that are actually going to carry me into a cross to the other side and then bring me into harbour? You know, when you get there, I can see myself climbing off the word that I am sailing in at the moment, the word that is tugging my heart forward and helping me take these kind of sometimes sometimes the actions that the Holy Ghost wants us to take are a bit uncomfortable.

00:07:13.030]
Quite honestly, I would prefer not to stand in front of a camera and and do all of this much just to kind of stay hidden behind the books that I write and books that I publish. Thank you very much. But I know that, you know, once we actually attach ourselves to a promise, that promise will carry us forward and continual daily obedience and action based on that word is really what will fuel our future and carry us into the harbour that we desire.

00:07:54.520]
And the harbour really is the fulfilment of the promise that God attaches to the word that he’s asking you to obey. So, yeah, go for it today. Keep Jesus front and centre. Jesus first. Everything else will follow. That’s just the way that this whole deal works, that there is nothing, nothing, nothing more precious or more important than hearing his voice today. Say God bless you. Have a great day. Jesus is massively, totally, completely Lord of all. 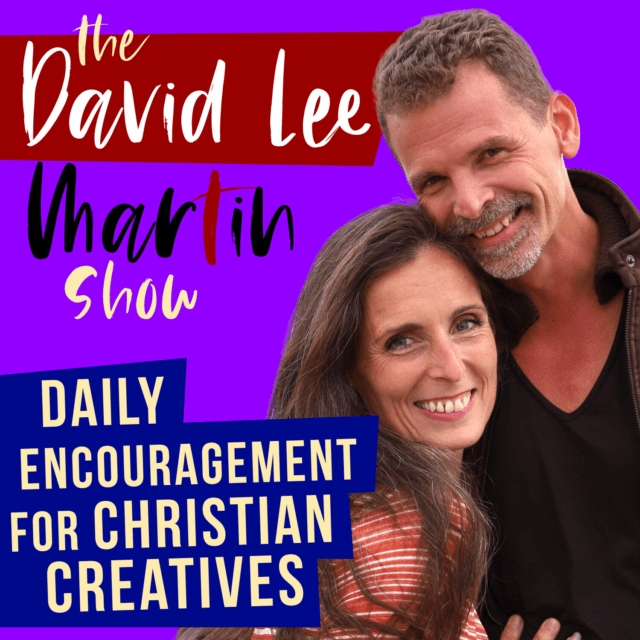