0.75x
1x
1.25x
1.5x
2x
0:00
00:12:42
Apple PodcastsGoogle PodcastsPlayer EmbedShare Leave a ReviewListen in a New WindowDownloadSoundCloudStitcherSubscribe on AndroidSubscribe via RSSSpotify
Looking For Some Fire In Your Inbox?
Sign Up For Awesome Updates
Powered by the Simple Podcast Press Player

“You can be on line but off track.”

I first heard this said by Jim Rohn, and even back when he said it he hit the nail square on the head.

In another story he related a story about a friend who was prone to TV. Let’s call the friend Mark for the sake of this story.

He asked Mark how much his television set cost him. Mark proudly boasted he snatched a bargain for just $400. Jim turned and said that that was not right, but the friend insisted the widescreen wonder was just $400.

Jim pointed out he was not referring to cost of ownership, but cost of use. Taking Mark’s talents and aptitude into account, the time taken in front of the box rather than pursuing other wealth creating activities was probably costing him over $40,000 a year.

Cost of ownership vs cost of use…

On Line But Off Track

00:00:02.870]
Good morning. Certainly morning here anyways, great to be with you this morning. And today, I’m just continuing really walking down this road of exploring productivity and I guess living our life wisely, counting our days, understanding the preciousness of time, and looking for ways in which we can better. Looking for ways in which we can better utilise our time and be more fruitful because and I was reminded, well, it wasn’t that yesterday I was listening to some teaching by a guy called Jim.

00:00:52.620]
Roen, you may have you may have heard of him before. He was one of the kind of granddaddies of the whole motivational speaking realm, Jim Ryan. And he said this. He said, you can be online, but off track. And that has really struck me as something that’s so true today. We can be online, but off track. We can be out there like in the in the world of this this huge online world that we’re now part of.

00:01:27.780]
But although we are online, we can be way off track. And he related another story kind of in tandem with this about a friend of his who was prone to watching a lot of TV. And, you know, for the sake of this, let’s call the friend Mark. And Jim went to Mark’s house and saw the TV there. He knew that his friend was like a very fond of watching the box and he asked him what the TV cost.

00:01:57.480]
And the friend said it cost me four hundred dollars. Now, it was one of these big wide screen type TVs. And I believe this was quite a number of years ago. So it would have been like a prime piece of technology. And he said, Oh, of course I got it for a bargain. It only cost me 400 dollars. And Jim Ryan said, well, I’m sure you’re wrong there. And the friend insisted, No, no, I got it for 400 dollars.

00:02:26.580]
But Jim pointed out another perspective on this that I thought was really powerful. And he told his friend that he wasn’t referring to the cost of ownership. He was referring to the cost of use and taking Mark’s talents and aptitude into account. The time that he took in front of the box, rather than pursuing other wealth creating activities, was probably costing him about 40000 dollars a year and a big difference between 400 dollars, cost of ownership and 40000 dollars cost of use.

00:03:07.320]
And and this this whole concept of cost of ownership versus cost of use, that the privileges that we have and how we are responsible to steward those privileges wisely. You know, technology is a real blessing, but it can also be a a bit of a curse on it. You know, we can get caught up really just in this swirl at time, can be sucked into this whirlpool of online activity. But all of that online can take us way off track if we’re not careful.

00:03:48.210]
I’m always a real advocate of being first a creator before we’re a consumer, you know, say, oh, really? Maybe not first or second, but just having a creative life as opposed to being on the other side of that transaction and just purely being a consumer, because we’re all created in the image of God, we’re all made like our father in heaven. And and natural and natural stroke’s supernatural way of operating is one of creation and multiplication and expansion as opposed to consumption.

00:04:30.990]
But really, things have conspired, particularly in our generation, to draw us into a place where we are constantly consuming. And it actually depletes and drains our ability to create both in time, but also in capacity. Because, you know, we actually you do need room to create and there is an absolute war on for your attention. And the question, I guess, is, are you winning or are you losing? There’s a there’s an interesting verse in Ephesians chapter two of us two where the devil is named or he’s referred to as the prince of the power of the heir.

00:05:16.260]
And it really is no surprise that he is so keen to take hold and possess the airwaves because he understands how powerful they are to take and hijack people’s attention. Now, one of the ways in which. I’ve kind of wielded my sword in this battle with technology and the benefits and blessings versus kind of the the detriments that it can sometimes bring is to give some consideration to my inbox, my email inbox. I’m not a big social media type person, to be honest.

00:05:58.160]
I don’t really spend a lot of time, probably more than I should, if I’m honest, but I don’t spend a lot of time scrolling down feeds on Facebook or Instagram or anywhere like that. But email can kind of is like my siren call Geminid. If something pings and I think an email has come in, I find it very difficult to not just check. And it’s been said that people can check their phones or their devices a hundred and fifty or more times every single day.

00:06:31.850]
You know, that little dopamine hit that you get when something buzzes or pings or vibrates can just keep us like like Pavlov’s dogs, you know, just like the little bell rings and we come running. And really, we need to be very bold and very intentional in how we deal with whatever our online addictions may be, those things that take us off track, those things that very easily steal our attention or divert us from more productive, more productive activities, we really need to be quite intentional how we deal with them.

00:07:17.610]
And one of the ways in which I have sought to do this and probably need to kind of swing back around and do again is to give some consideration to my inbox and what is what I’m allowing through the door of my inbox. I find it’s very easy to be subscribed to multiple newsletters, multiple, you know, various subscriptions where you’ve either kind of signed up for a course or you’ve signed up, you’ve purchased a product or you’ve signed up for a free PDF or whatever else it may be.

00:07:54.710]
And then you just end up kind of in multiple auto response sequences that can just absolutely flood your inbox. And, of course, you know, unsubscribing like that, that click that link at the bottom of most of these emails, if they’re honest to unsubscribe, is one of the most beautiful pieces of real estate, real estate when it comes to your attention and productivity. And we should we should often, I think, come in give consideration to what is filling our inbox and rather than being kind of distracted, even if it’s just by the paying of it, dropping into your email raw, even if it’s not the time it takes to read through them.

00:08:43.280]
You know, it’s good practise, I think, to regularly come and to cull our intake and cull what we’re consuming through our email. I used a I’ve used a couple of services to help me with this. Obviously, we can you can do it manually, but there’s a free service called Unroll Me, you and r you r o l l dot me, which can kind of en masse just like remove you from a heap of lists. I had a friend who was subscribed, she discovered to 118 different linked in subscriptions, and she was able to unroll herself from all of those just in a few clicks.

00:09:33.950]
I actually use a a service that I purchased like a number of years ago called Clean Dot Email, and that’s like quite a full fledged service that allows you to do all sorts of great things to kind of rapidly take charge of your inbox and just help you get back to a place where it’s more manageable. And so I like my question today is how is your email garden looking and does it need a mower? Do you need to pull the mower out and shave some of those subscriptions off that are no longer serving you?

00:10:15.770]
Now, obviously, you’re going to find some that are just like you just simply don’t want them. It really is spam. The difficult ones are the ones that you would consider to be good, the ones that you considered to be useful or helpful, the ones that you kind of what you stay on the list in. The kind of expectation that one day maybe you will read them, but in actuality you don’t in actuality, that just kind of crowding again, that that mental space and bandwidth that you have to operate creatively.

00:10:56.180]
And so I would encourage you not just to kind of unsubscribe from, you know, just transactional emails that you might get from some big corporation, but also to give careful consideration. I mean, obviously stay on the lists that are serving you, stay on the lists that are helping you and honestly adding value to to you. But don’t think twice about where something has kind of lived out its usefulness for you. The best thing you can do is to just say, okay, I’m going to trust God to bring to me what I need when I need it.

00:11:37.160]
And I’m not going to have all of these. I’m going to stay on this list just in case, because really that just in case is costing you every time your attention is diverted by an email that you no longer really read, if you’re honest about it. So, yeah, today’s productivity tip and recommendation is that you go with axe in hand to your inbox and unsubscribe from as many e-mail lists as you possibly can. Well, thanks for listening.

00:12:15.000]
Hopefully it’s been an encouragement to you today. If you want to connect any further, you can do so through my website at Davidleemartin.com. Have a great day. 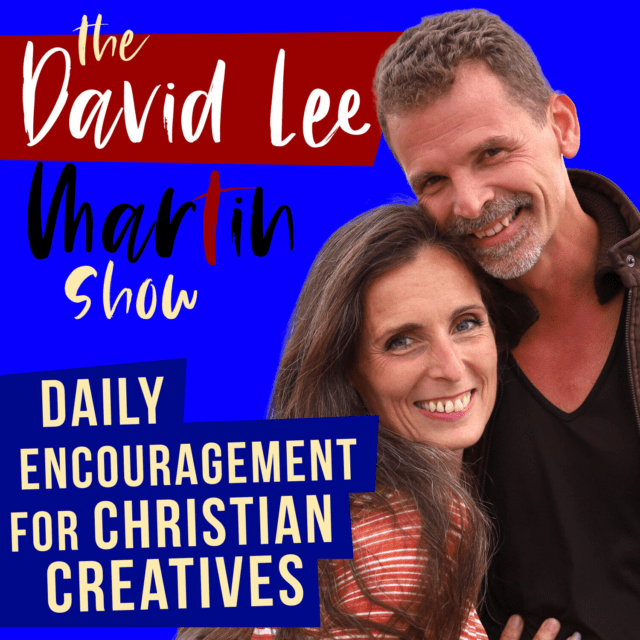