0.75x
1x
1.25x
1.5x
2x
0:00
00:14:41
Apple PodcastsGoogle PodcastsPlayer EmbedShare Leave a ReviewListen in a New WindowDownloadSoundCloudStitcherSubscribe on AndroidSubscribe via RSSSpotify
Looking For Some Fire In Your Inbox?
Sign Up For Awesome Updates
Powered by the Simple Podcast Press Player

I must put myself at the very centre, where I’m vulnerable and exposed if my ART is ever to find its fire.

00:00:02.670]
One of the most amazing things about humanity is just how incredibly broad the creative nature that God has placed within us is. But a lot of people, I think, think of art and creativity as existing primarily in the realm of ideas. You know, it’s in the hothouse of the heart that these ideas percolate to the surface and stream into our consciousness. But the thing is, until until if you like, that coffee is poured and consumed, it doesn’t really fulfill what its purpose was.

00:00:45.180]
You know, it’s only when we act on our ideas. Yeah. That it moves out of the hazy world of possibility and just steam, if you like, and actually moves into it and becomes something of substance. Yeah. And really, art, I think to become or to fulfill and to move into its fullness must become action. Art must become action. Ideas must be translated into something of substance that people can consume. You know, if you think of action as like you break that word up and you see it as Act II on and really taking on this mindset, I think is a key way to move ourselves out of that trap of procrastination, that trap of perfectionism that keeps us kind of stalled in moving forward on our creative projects, you know, because essentially a book really only becomes a book when it is read, not necessarily when it’s written.

00:02:02.760]
And I know that many people have like Labotte enslaved over writing. They’re great. They’re wonderful novel. You may want to disagree with that. But seriously, you know, if a book is just sat on a shelf somewhere, it is an ornament. But as soon as someone takes that opens up the leaves and begins to read, then it becomes a book, if you like. It’s in the use of that. It takes on its true nature.

00:02:33.300]
A picture becomes a picture when it’s viewed not just when it’s painted, you know, it’s written with and and it’s written or painted or created with an end in mind. A song is designed to be sung, but beyond that, it’s designed to be heard. And it’s in in one way, it’s the consumption of what’s created that brings it into the fullness of its purpose. And of course, there is a place for art for art’s sake. There’s a lot of things that I’ve created, written, drawn or whatever that will remain like just between the pages.

00:03:12.870]
They they’ll never see the light of day. But when we when we are intentional in creativity, we are looking toward that end where we would allow others to benefit and be blessed by what we create. You know, but of course, acting on our ideas, you know, although we know that acting on our ideas is the only way really to open up the potential and the possibilities that those ideas might come pregnant with. But it also comes it’s also scary, Jim, and it triggers a can trigger our insecurities.

00:03:52.920]
What will others think of us? Will people kind of criticise us? You know, these babies that we’ve brought into the world, will people like them, will they want to embrace them or will they like want to throw them on a scrap heap somewhere? You know, once those precious children of our mind are out in the wild, it really does become free game. And sometimes, like in the in the jungle, it can get pretty vicious.

00:04:19.590]
So, you know, we’ve got to be you’ve got to be pretty thick skinned to be in this creative game. But nevertheless, you know, you’ve got to let them run. You’ve got to allow that those ideas to grow up, take form and then, like, give them a tap on the back side and let them go out and learn to walk. Yeah. And it’s in the learning to walk that we find out what works and what doesn’t.

00:04:45.270]
And we can begin to then shape those ideas into something that will be stronger, more fulfilling, more satisfying, and that they they grow up into somebody who knows what they will grow up into. You know, everything begins with the nine. This computer or this device that you’re listening to me speak on right now at one time was nothing but an idea in the aether somewhere out there in the realm of the invisible. Yeah, someone reached up, pulled that idea down and said, I’m going to actually put some skin in the game and I’m going to realise this idea.

00:05:27.710]
I’m going to take what is invisible and make it visible. Ideas acted on crystallised into actions that produce a value. Yeah. And then that value can become a means of exchange. So I guess today’s podcast is really just to encourage you, you know, as long as your ideas remain on your hard drive or in your sketchbook or like the rattling around in your brain, if that’s their final resting place. Yeah. Really, they will never become the life givers that they’re destined to be.

00:06:05.870]
Yeah. And you know how many unsung songs now are at rest in the grave with the people who God intended to sing them? You know how untold numbers of pictures and poems buried for eternity. And you know, so we want to make sure that, you know, like art. Yeah. Act on your ideas. And right there in the middle of those words, act on. There’s one essential thing that needs to be put in place. And that is the letter I.

00:06:45.020]
Yeah, you must put yourself at the very centre of your creative work, you know, where you are vulnerable and exposed. You know, it is exposing to put your artwork out there. It is exposing to put your creativity out and to to really take the test. Yeah. Put it to the test. But, you know, don’t acting on your ideas is a vulnerable place. But the alternative is far more terrifying that, you know, you don’t act on them.

00:07:58.910]
I’m just going to move anyways. I’m going to step out anyways. And, you know, because it’s only when we actually put our content out into the world that we can find out whether it will stick or not. You know, and many of the stories that you will hear, many of the success stories of people in the realms of entrepreneurship and creative action really begin almost. You know, it’s not it’s never an accident if we’ve intentionally acted on something.

00:08:38.720]
So an accident may not be the right word. But often when you read the stories, you find out the kind of the back story of the hero and realise that, like, wow, they did not expect this to go where it has taken them. They did not expect this like idea to become the vehicle that carried them to their place of notoriety today. And their remarkable voice in the marketplace actually begun like back in the day with an idea when they had no audience and it just had the idea kind of just took form.

00:09:23.810]
The idea began to gather traction. And through that, it’s developed into like millions of different businesses, connexions friendships, etc., etc. And so those kind of hero’s journey back stories often begin in that way and so can yours. But it never will. If you kind of remain hidden behind that wall of kind of procrastination, you have to step out some to. Well, verse five in The Passion translation is rendered in a in quite a lovely way, it says The lovers of God are filled with good ideas, you know, and it’s it’s so it’s not for want of inspiration.

00:10:15.180]
It’s not like we’re waiting for an idea to drop. There are so many ideas. You know, we we have the creator living in us. I think what is in short supply often is the willingness to act on those ideas and lean heavy into application. In our application, an ounce of application is worth a ton of inspiration because ultimately inspiration, as magnificent as it is, as amazing as it is, if it’s not actually translated into application, it kind of comes and goes and doesn’t actually even have the potential to make the impact that we would like to see it make.

00:11:03.510]
You know, our partnership with God demands that the ideas of his mind and his heart that he places within us use our hands to realise them. It is a partnership. We are working together with God to bring his kingdom ideas, his kingdom businesses, his kingdom, creativity to the world in such a multitude of ways. And he is looking for partners. He’s looking for someone willing to kind of put feet to their faith and begin to step out in these ways.

00:12:19.590]
And if we act on enough of our ideas, if we will allow enough of our ideas to come forth, even if it’s just kind of mangy looking little, kind of like I mean, let’s face it, babies are cute when they’re first born. Most babies are really cute only to the parents. And then they get washed up a bit and they become a bit more presentable. But hey, even if it’s just that scrawny little thing comes out kicking and screaming, that’s better than nothing.

00:12:51.150]
It’s better than had been hidden. Yeah. And so, you know, and if we act on enough ideas, something will finally land. You know, you’ll begin to find the other souls who think and feel the same as you, who crave to to say and to sing the things that you are saying and singing. They’ll hear the song and they’ll sing along with you. You’ll begin to find your tribe, you know, and you’ve got really you’ve got no power necessarily to say who’ll come. 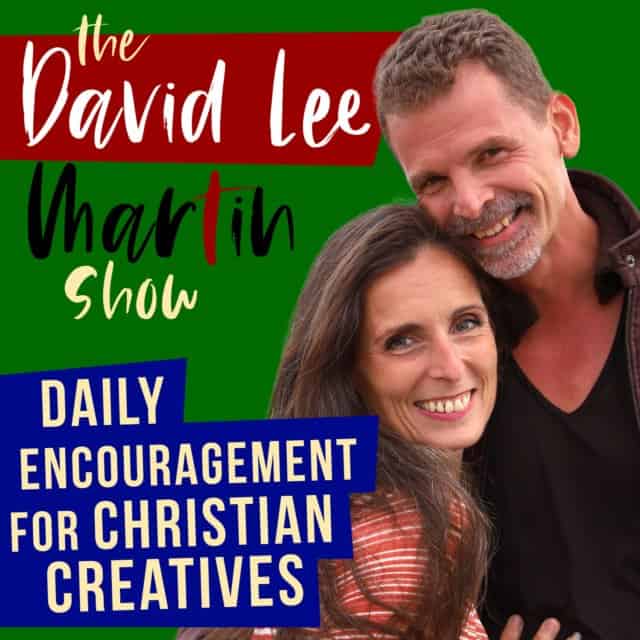