0.75x
1x
1.25x
1.5x
2x
0:00
00:09:35
Apple PodcastsGoogle PodcastsPlayer EmbedShare Leave a ReviewListen in a New WindowDownloadSoundCloudStitcherSubscribe on AndroidSubscribe via RSSSpotify
Looking For Some Fire In Your Inbox?
Sign Up For Awesome Updates
Powered by the Simple Podcast Press Player

If you want to send me a Christmas card it would take only five data points to single me out from the billions of others who live on this vast planet.

Scripture provides over 300 data points that point to Jesus as the unique and only begotten Son of God, Messiah.

He alone is the only candidate for the Christ.

00:00:02.390]
We spoke just a few podcasts ago about just one of the greatest gifts that God has ever given us. And that’s the Scriptures. And then, Furthermore, all of the gifts, gifts that are hidden within that one gift. It’s like one of those little Russian dolls where you just keep opening it up and there’s more and more inside. There is nothing like the word of God.

00:00:28.810]
The Bible truly is the greatest blessing. And I just want to share something else from scripture. That’s just quite incredible, especially when you first discover it when you begin to first open up in Peter, he says, as newborn babies desire the sincere milk of the word that you may grow, thereby desire and crave the sincere milk of the word, much like a hungry child craves the milk of its mother, we are to have a similar hunger, a similar desperate desire to satisfy that hunger and thirst for truth on the inside.

00:01:15.390]
And one of the things that I remember so well as a young Christian was when I discovered the messianic prophecies that all throughout the Old Testament, there are literally hundreds of signposts that point to Jesus Christ as the Messiah as the promised Christ. All of this controversy that may be about is Jesus really the Messiah?

00:01:46.560]
Is Jesus really who he said he was? All of that. There is no question that this man and this man alone fulfils all that is necessary to make him the one unique person ever in all of history who can stand and say I am the fulfilment of the words in this book. Take, for example. I mean, this is just how clear it is.

00:02:17.450]
Take, for example, here am I. I’m standing in my office in a small village called Hurst Pier Point in the UK. My surname is Martin. There are many other Martins on the planet. My first name is David.

00:02:31.180]
There are millions of other David’s on the planet. And yet out of the billions of people who presently reside on planet Earth, you just need five data points to pinpoint me and me alone. If you wanted to send me a Christmas card, it would take you five data points to single me out from every other person on this planet. Okay. All you would need to know is my country, my town or city, my street, my house number, and my name.

00:03:29.970]
And yet here we find in scripture there are 300 data points that point to Jesus as the unique and only begotten son of God, the Messiah. Hallelujah. Oh, Hallelujah. He alone is the only candidate for the Christ. No one else in one recollection from the Grey Book.

00:03:58.270]
We find the risen Jesus. He’s on the road to Emmaus, and he bumps into these kind of quizzical disciples. They’re reasoning over the tragic events and the mysterious happenings of the past few days. They just can’t really comprehend what has taken place. And they meet Jesus.

00:04:20.790]
His identity somehow is hidden from them. And he goes and begins to walk with them. And he says, Why are you looking so down in the mouth? What’s the problem here? And they explain that the man that they were following, who they thought was the Messiah was crucified.

00:04:42.480]
And then there’s all these stories about how he wasn’t in the tomb. And they just do not know what to think of it all. Now, Jesus, although he had and had received all power, all authority. Although he could literally do anything at all, he doesn’t whip up some post resurrection magic trick or perform some otherworldly feet. He doesn’t float up in front of them or kind of make the sky filled with Angels instead.

00:05:17.150]
What he does is he begins to open up the Scriptures to them. He goes to the Holy Scriptures, what we now call the Old Testament. And he opens up their hearts and minds to the wonder that’s written in there. Luke 24, verse 27 says, Beginning at Moses and all the prophets, he expounded unto them in all the Scriptures, the things concerning himself. O La Baro Kundaka.

00:06:45.870]
Isn’t it incredible that God right there in the Scriptures had all of these, if you like, he wrote the address of the Messiah in so many respects, not just five data points, but 67,100, 200, 300 different places. That all point to this one man. If we consider how little information it is required to pinpoint one individual among the billions on the planet, the multiplicity of these signposts to the identity of the Messiah leaves no doubt whatsoever who the person they point to really is. It is the one and only Jesus.

00:07:35.740]
Jesus, Jesus. Jesus prophecies are like that address, pointing to that one individual in history. Approximately 40 major claims to be the Messiah had been made throughout Jewish history, but only Jesus appealed to fulfilled prophecy to substantiate his claims and only he carried the credentials to back up those claims. They include details of his family line, the place of his miraculous birth, the nature of his birth, his life of miracles, the place, the time and the mode of his death. They also tell of his resurrection from the dead.

00:08:22.770]
The Messianic prophecies are such a wonderful rich and rewarding study if you ever want to, it do. If you want to take this step further, if you want to jump in and allow the Holy Spirit to awaken your heart to the more of the wonder of Jesus over this Christmas season, encourage you go to Davidleemartin.com/go/mosiah and you will get a comprehensive list of all of these prophecies with both the Old Testament and the New Testament. References hey, God bless. You have an awesome day.

00:09:06.040]
Jesus is Lord. Thanks for listening. Hopefully it’s been an encouragement to you today. If you want to connect any further, you can do so through my website at Davidleemartin.com. 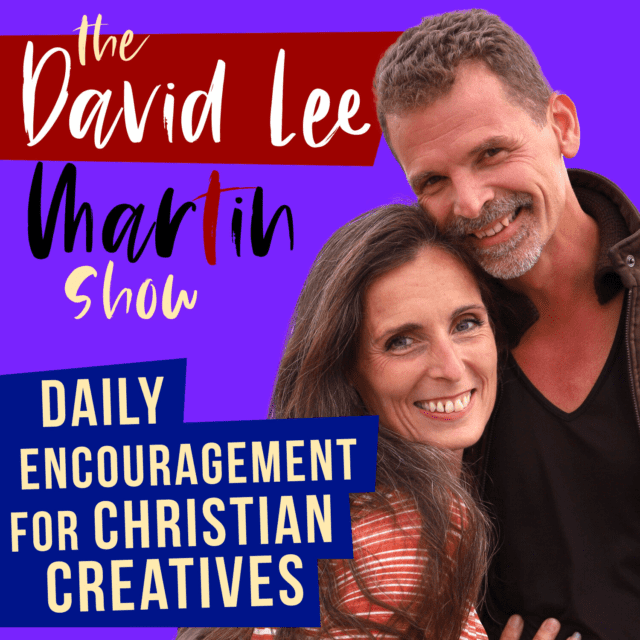