Needless to say (but I’m going to say it anyway) productivity is fuelled by an action-taking attitude.

In the book of Acts we read:

“Now when they had gone throughout Phrygia and the region of Galatia, and were forbidden of the Holy Ghost to preach the word in Asia” (Acts 16:6 KJV)

The Holy Ghost had to pull the reins not whip his rump.

Instead of waiting for six signs from heaven, a voice from the grave, two fleece confirmations, and a signed contract by the Godhead witnessed in triplicate by the angelic host, the apostolic spirit saw a need and naturally leaned toward “yes, let’s do it”.

I’m not advocating impetuousness. I’m not saying be thoughtless and reckless. I’m just pointing out that it’s probably better to lean toward action rather than passivity if you want to get things done.

The Holy Ghost is your partner and He will soon speak up and steer you right if your ear is open.

With an action-taking attitude, the Holy Ghost will have some momentum to direct. It’s difficult to turn a stationary vehicle.

Both elements are important.

One more willingness is worth adding to the mix. A readiness to fail. It’s been said that being willing to fail quickly is often an element in overall success. Not being too precious with our ego, and having a heart that’s ready to run to the front lines where the need is greatest, despite the dangers, is part of our creative call.

Let’s face this ever-present fact. If we put our head above the parapet, we face the threat of criticism. You expose yourself to ridicule.

You also position yourself in a new place of possibility.

Your options open up.

The likelihood that something good will come is increased exponentially.

Maybe your call is not to evangelize the entire known world as was Paul’s, but what you bring is nevertheless significant. It has relevance to the people you have been called to touch.

To not take action not only robs you of the possibilities the Holy Ghost has planted in your future, but it also steals from the people your grace is shaped to change.

Ultimately our call is not about us, it’s about them.

General Booth in his latter years was unable to attend the convention of the Salvation Army and instead was constrained to send a telegram. Without Zoom in his arsenal of weapons, he took the technology of his day to crystallize his message to the evangelical troops under his care.

He sent just one word to the gathering.

That is why we move.

That is why we overcome our tendency to play safe, or not play at all.

That is why we take action. 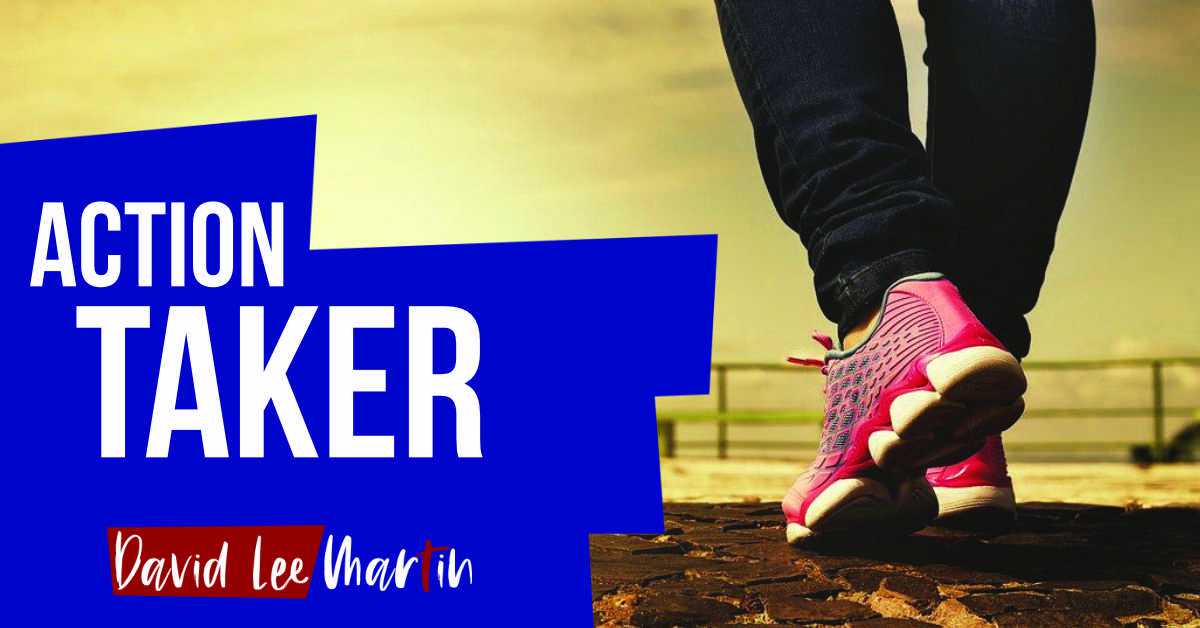