The ferocious realization that Jesus means what He says is one that will radically change lives. The problem is, despite our lip service to the same, we act out in ways that betray our true standing concerning many of His more incendiary statements.

One that strikes hard on the self-reliant nature of ego-driven religious activity is found in John 15:5:

As a church, and I speak very generally, the lack of notable spiritual manifestation in our midst is only overshadowed by an equally shocking reliance on methods of men. The Almighty, all-consuming, fearful, and fabulous God that we claim to worship conspicuously and consistently fails to attend our gatherings, and we in all our human glory step in and try to fill the gaps.

Instead of falling on our faces in abject poverty of spirit, lamenting our lack of any real power, we continue to frantically turn the handle of the man-centered machinery of ministry. It’s as if we hold our hand up to the Holy Ghost and say, “It’s ok, Lord, we got this!” and carry on as if something is not desperately wrong. We close our eyes and ears to Jesus’ warning, and if we are ever forced to face our nakedness, we flap our fig leaves ever harder; more activities, more and better programs, more concern for the comforts of the crowd that pays to keep the lights burning in our many buildings.

But where oh where is the Light of God’s glory?

Where are the signs and wonders? The notable, undeniable miracles of God at work among His people?

Should this stark and frightening disconnect between what we preach and hear week upon week, and what we experience, not grip us with insatiable desperation for Truth and drive us to our knees?

I say again, this is not meant as a criticism, and most certainly not a slippery soapbox upon I raise my stature above others and proclaim with the pharisees that, “I am not as other men” (Luke 18:11).

It behooves us to remember daily that the prophet’s finger can almost always point back at us, rightly declaring, “You are that man!” (2 Samuel 12:7)

I am the man who needs to pray more and better.

I am the man whose life is way too fond of the frivolities of this world.

I am the man whose dedication to the Savior is found wanting on so many levels.

Yet there must also be a place to harness all of my meagre desire, what little fervency I possess, and join Gideon to cry out from the depths of the winepress, “Oh my Lord, if the LORD be with us, why then is all this befallen us? and where be all his miracles which our fathers told us of, saying, Did not the LORD bring us up from Egypt? but now the LORD hath forsaken us, and delivered us into the hands of the (the enemy).” (Judges 6:13 KJV)

Gideon was abundantly aware of his weakness. He prayed these prayers with his self-esteem even lower than the pit he was threshing in. The Scriptures tell us that Gideon was discovered in a winepress beating wheat, but really it was his confidence in God that had been thrashed more than any ear of corn.

And here is the kicker – the game changer for Gideon and for you and I.

God’s estimation of the trembling Gideon was entirely different.

“The angel of the LORD appeared unto him, and said unto him, The LORD is with thee, thou mighty man of valour.” (Judges 6:12 KJV)

Mighty man of valor? Looking around to make sure he was the only one there, he immediately rejected God’s ferocious words of affirmation.

But Gideon’s protests of his inadequacy appear to have fallen on deaf ears.

His insistence that he was the least of the least, and that God must have surely mistaken him for someone else, was met by the assurance, “Surely I will be with thee, and thou shalt smite the Midianites as one man… Go in this thy might…” (Judges 6:16;14 KJV)

And so it is with us.

Our passion and prayers may seem insipid in the face of the vast needs that we face, but they are in reality mighty for the pulling down of strongholds.

It is not our power but His that is called upon and released when we forsake our own meagre methodologies and return to the Biblical pattern of fervent, unceasing prayer.

I believe that God is visiting men in their bunkers of fear and failure today, pulling them up, dusting them down, and placing the mighty sword of prayer in their hands. Bloodied and weak, we may be from decades of dry religion and worldly domination, but Heaven is not measuring us by the rule of this age. Papa is not laying the harsh rod of performance upon his people.

God is calling men of all manner to the mighty work of intercession.

Through prayer, men are changed from glory to glory and leap from faith to faith. The passing and pointless pursuits of the age give way to eternal purposes.

Cold, unbelieving hearts are awakened again to their inheritance and identity.

And it all begins with a ferocious and absolute realization that nothing we can do in our own earthly strength can ever accomplish heavenly results.

That’s why prayer is the urgent necessity to which we must yield. Prayer is the priority that must oust every other effort.

In doing so, and when the men of God’s house rise to humble their hearts and lift their voices to the One through whom all things are possible, we take our first long-awaited steps toward revival fires that will blaze through the barricades.

History will tell of the company of men who rose from their stupor and obtained the promise of reformation in this generation. The books of remembrance in heaven will be filled with their exploits in the spirit.

Mighty man of valor! Hear the call, and the arena of your victory will be the unseen realm that pulls the strings of the world below.

God is not looking for more actors on the stage, or even preachers in the pulpit. He is looking for men who are willing to stand in the gap.

“And I sought for a man among them, that should make up the hedge, and stand in the gap before me for the land, that I should not destroy it…” (Ezekiel 22:30 KJV)

This verse tragically ends with the words, “…but I found none.”

Oh, dear Father, let this not be the testimony of our generation. Raise up men of prayer! Scour the pits of discouragement and disillusionment and reignite a vision of all that’s possible if we follow hard after You.

Arise, oh God, in all your might, and scatter your enemies! 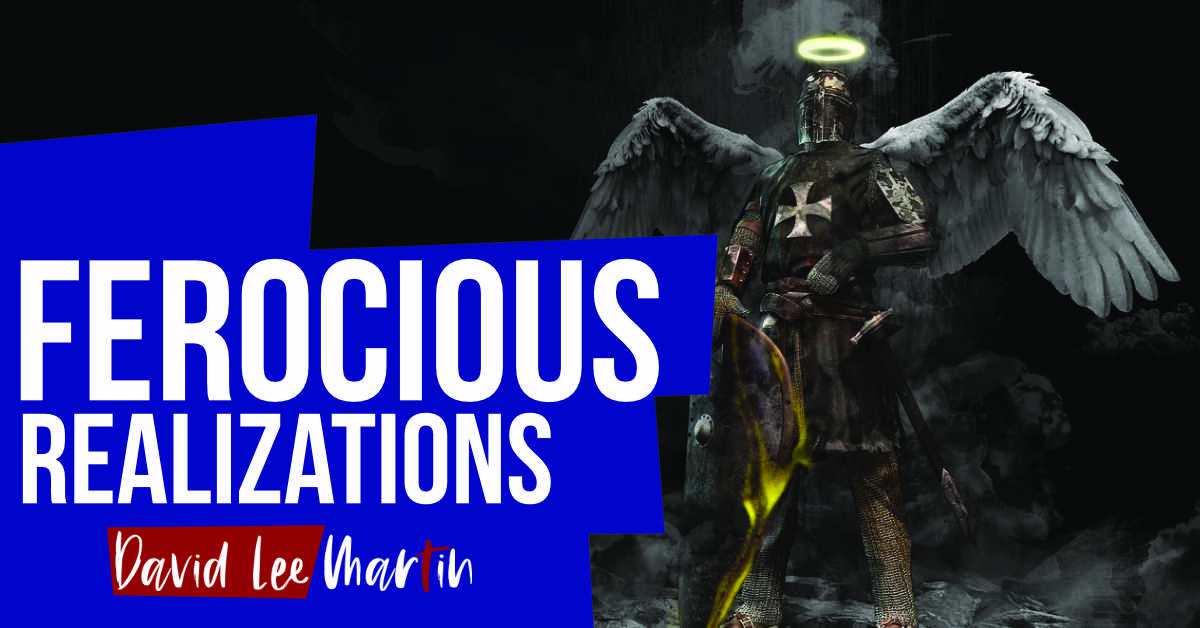