God has placed authority in the hands of His people. Keys to the Kingdom that unlock all of the promises of the covenant we have been privileged to enter into through Jesus Christ.

There are keys to healing and health.

Keys to a happy marriage.

The doors have been locked for many years to so many, but faith takes back what belongs to you and puts the initiative powerfully into your hands.

The devil would have you believe that you are still locked out. That others more wise or blessed or clever or whatever than you are, abide on the other side of the door. Satan wants you to accept the lie that for deep and thoroughly mysterious reasons you are destined to remain on the threshold, never quite crossing over.

The only mystery is the mystery of salvation. The devil has never been able to figure that one out, but we have been ushered in to the wonder of it. Like little children we have stepped into the Kingdom, wide-eyed and accepting the most incredible, unbelievable, inconceivable, impossible truth one could ever grasp.

“However, we speak wisdom among those who are mature, yet not the wisdom of this age, nor of the rulers of this age, who are coming to nothing. 7 But we speak the wisdom of God in a mystery, the hidden wisdom which God ordained before the ages for our glory, 8 which none of the rulers of this age knew; for had they known, they would not have crucified the Lord of glory. But as it is written: “Eye has not seen, nor ear heard, Nor have entered into the heart of man, The things which God has prepared for those who love Him. But God has revealed them to us through His Spirit. For the Spirit searches all things, yes, the deep things of God.”

That BUT is a big one.

God has revealed them to us.

If God can reveal such deep mysteries to you that even all the devils and their cohorts cannot fathom them, do you not think He can reveal the keys to take you over in your family, your heart, mind, and business? Click to Tweet

Jesus took your sin upon Himself. He became the sacrifice for your liberation.

You believe that. You have seen and experienced the fruit of it.

Now let me ask you a question, or rather let the Holy Ghost ask:

“He who did not spare His own Son, but delivered Him up for us all, how shall He not with Him also freely give us all things?”

Jesus is your cross over!

You crossed over 2000+ years ago, from death to life, from darkness to light, from poverty to riches, from fear to faith.

The cross is the place of exchange. Jesus became sin so you could become righteousness. He became poor that you might be rich. He was made sick so you might be made whole, healed and well.

The reality of Kingdom come has come and is in operation right now.

The limits we endure are often no more than the walls we have erected in our own thinking.

Speaking with the Holy Ghost today I asked about this. How do we expand, how do I go beyond my present experience and step into the abundance Jesus has secured for me?

Knowing that a man cannot surpass what he believes and thinks, we focussed on that area of expansion in particular. Thinking.

He told me the key for my expansion was to “think WITH Him”. Not think about Him, but with Him.

Thinking with God is a partnership, a synergy of two creative spirits working as one to produce results, and step into greater things. Click to Tweet

For me, the best way I have found to do this is two way journaling. Writing or typing in conjunction with prayer, asking the questions and then letting the Holy Ghost take the seat and provide answers. My hands become the instrument to record His replies.

There is something about the act of writing that bypasses the tendency for the mind to get bogged down in reasoning things out or relying on its own faulty and limited genius. The temptation to second guess every notion that bubbles up from your spirit strangles the life of the thing before it even lands.

Sometimes prayer and listening alone leave us straining to try and discern what Papa wants to teach us, instead of just simply yielding in faith and accepting that He is speaking today, and speaking to you!

Adding journaling to the process breaks this stalemate, and unclogs the pipes. It allows the Holy Ghost to speak freely and gives tangible evidence of His direction that can be referred to again and again to confirm its Source and fulfilment.

My number one recommendation?

Get a journal or an app (I use Journey app on my iPad) or just a notebook, and take daily time in conversation with God. What you use and how you do it is beside the point, the important thing is that you just do it. A scrap of paper and a stubby pencil would be sufficient.

One reason I use an app is that I like being able to search back and confirm what God spoke and to highlight things that stand out to me. I still sometimes get reminded of something by the Holy Ghost, from years before, and being able to search and confirm what was said with clarity deepens my expectation or recognition of fulfilment all the more.

Today He said to me:

So I’m applying that word right now to share this key with you. You’ll be amazed at what it will unlock for you. 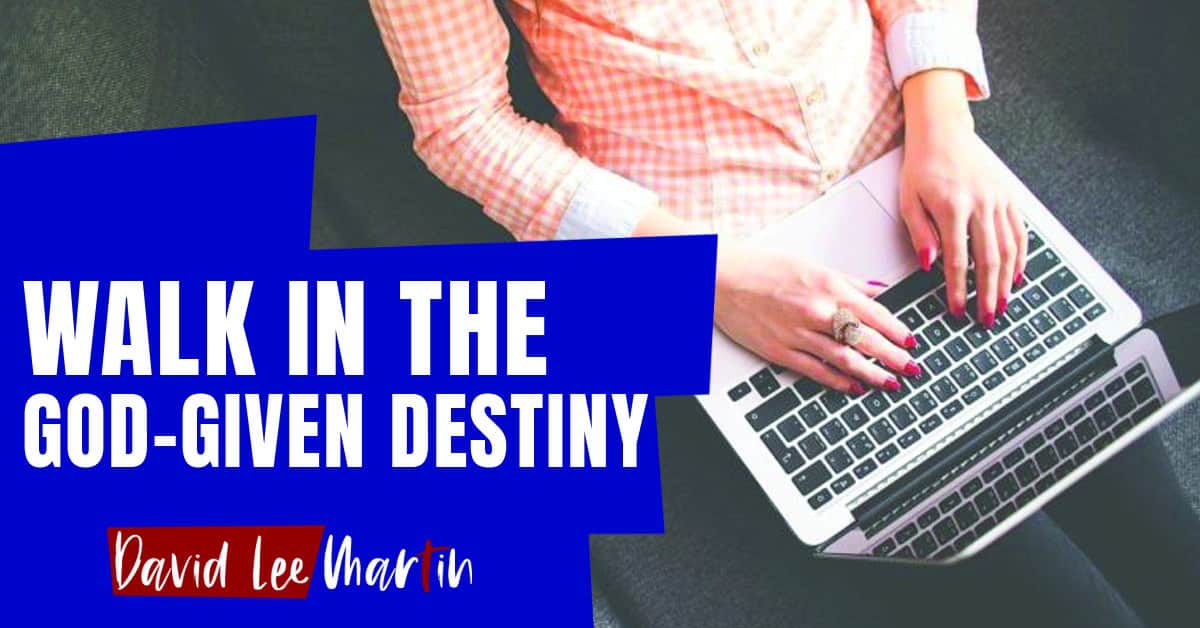