When Jesus taught His disciples He did it on the move. They learned on the road, not in a row crammed into neat seats and tidy lines.

Men of God learn to pray in the upper room, not the schoolroom.

A bare but leafy tree became an object lesson in faithful fruitfulness.

A farmer became the frame through which the Master taught the principles of spiritual seedtime and harvest.

On the beach, they became fishers of men.

The looming mountain was the picture used to distill the working of faith.

The New Testament is full of the telling refrain:

“And they were in the way going”

And the results are equally enlightening:

They found something as they went.

Not as they sat waiting.

Way too often we fail to act because we think we need to attain some pinnacle of perfection before we go. But the leaning will only happen when you step out.

You step out and discover who you are.

One of my favourite verses (I know, I have many!) is found in the book of John.

“If any man will do his will, he shall know of the doctrine, whether it be of God, or whether I speak of myself.” (John 7:17 KJV)

Where I know everything and I’m guaranteed of painless success then I will do.

But it doesn’t work that way. Faith and trust are the currency of the Kingdom, and we all know that trust is not something one needs if there is no chance of failure. When Peter stepped from the boat he expected to sink. Everything he had ever experienced as a man of the sea told him that walking and water do not belong together. He had to trust despite His doubts. Aside from his fears he chose to act.

It’s no different for you and I.

Step out and do it, whatever ‘it’ is for you. You know what ‘it’ is. Take it with both hands and say, “I’m not waiting one more day, today is the day I’m going to begin my own personal journey toward it, together with Jesus”.

The strongest emotion on a deathbed is too often regret.

Regret that even though we were alive we chose not to live.

And that’s why I’m urging you to throw caution to the wind and embrace your own special flavour of “As I go” philosophy.

Be like the disciples and start on your sandals.

Be like the Master and look for ways while you are on the way to share what’s working with others. 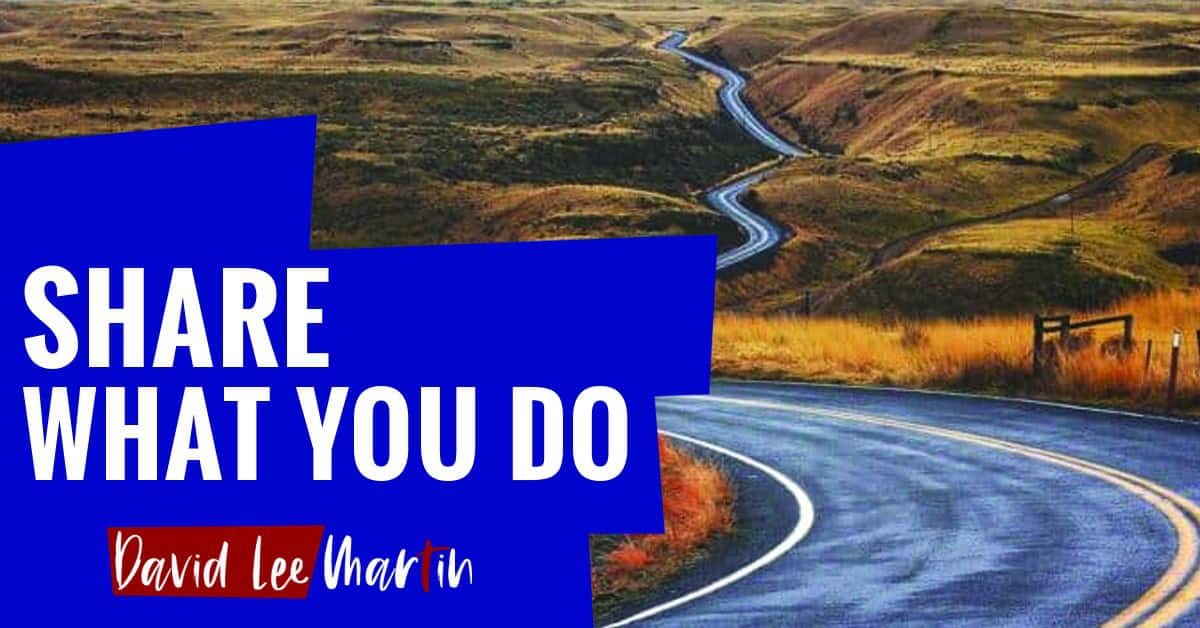