It was close to harassment. I wanted it so bad I simply could not take no for an answer. The implications of failure were just too great, and whatever changes were required I was ready to make them.

Such shameless persistence is required when your back is against the wall and your choices are down to just two: do or die. It was like that for Larna and I not so many years ago.

Shame had to be nailed to the cross where it belongs and honesty had to come to the table in a way that left everything bare to the world.

No choice but victory

Prayer takes on another nature when there’s no choice but victory. Knock backs and contradiction become fuel for the fire of faith.

Is such prayer encouraged and allowed in the hallowed ground of converse with the King?

No only is it allowed, it is encouraged.

“I tell you…because he is his friend, yet because of his shameless persistence and insistence he will get up and give him as much as he needs. So I say to you, Ask and keep on asking and it shall be given you; seek and keep on seeking and you shall find; knock and keep on knocking and the door shall be opened to you.” (Luke 11:8–9 AMPLIFIED)

And so it is in your commitment to discover and share your creativity with the world. The business of putting yourself out there requires a level of shameless action. It’s vulnerable, it’s scary, but it’s necessary.

Every trembling step brings you closer to your answered ask, you're finally finding, and the open doors you dream of. Click to Tweet

The truth I quote here is framed by a story of a persistent widow virtually harassing an unjust judge to fight her corner. It’s also pictured as a starving man demanding bread from a sleepy friend.

Both knockers faced setback. Both askers defied refusal. The opportunity was there to say, “it’s not for me”, to turn away shamefaced and discouraged.

They did not give up.

We don’t have a cheating, sleepy God

Jesus is neither unjust, sleepy, or reluctant. He is ready, willing, and prepared to prosper you in all your righteous endeavours.

The world will pull you in every direction with its vacuous promises, but here is the place to lodge your requests. In the courts of heaven a benevolent judge stands ready to acquit your sins and shortcomings, and take action on your behalf.

It may take some hard knocking against the hard knocks that come against you, but Jesus will not fail you! Click to Tweet

Don’t give up in prayer.

Don’t back off your production.

All are part of your inheritance as a child of God. 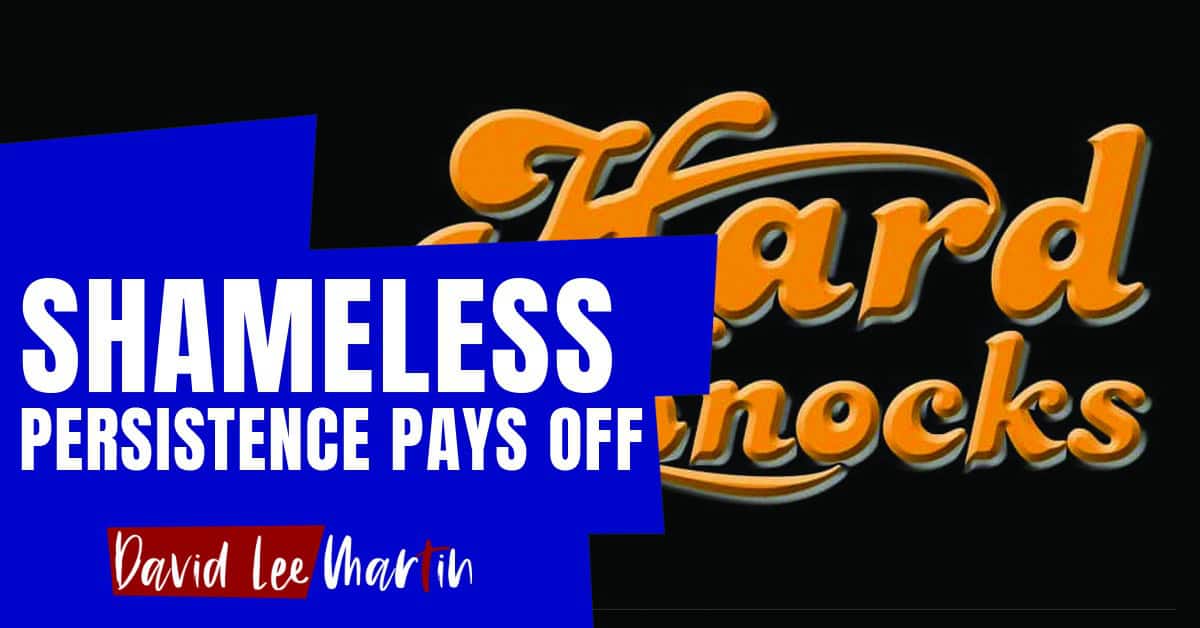