Creativity unencumbered by man’s opinions is a strategy of heaven to raze resistance to the ground and glorify the Creator in the earth.

Has there ever been a time when authentic expressions from the body of Christ were more needed? You are uniquely created by God to be YOU! Not what the world thinks you should be, not what society says, but the genuine uncompromised outshining of Christ!

Zechariah saw a day in which God’s people would be scattered and their heads hung low.

“Then I raised my eyes and looked, and there were four horns. And I said to the angel who talked with me, “What are these?”

So he answered me, “These are the horns that have scattered Judah, Israel, and Jerusalem.”

And I said, “What are these coming to do?” So he said, “These are the horns that scattered Judah, so that no one could lift up his head; …”

“Then the LORD showed me four craftsmen …

Zechariah asked about the artisans, and God spoke of their warring purpose.

“…the craftsmen are coming to terrify them, to cast out the horns of the nations that lifted up their horn against the land of Judah to scatter it.”” (Zechariah 1:18–21 NKJV)

Part of my own creative journey into fiction publishing was a response to the slew of dark supernatural themes filling the shelves of our children’s stores. Glamorizing witchcraft. Romanticizing shapeshifting. Desensitizing impressionable minds to the reality of the spiritual realm and its dangers.

False gods and erroneous worldviews sow confusion and scatter the people of God in the name of entertainment.

The Bible speaks of two ruling spirits at work in the earth, “the spirit of truth, and the spirit of error,” (1 John 4:6 KJV), and error is on display!

Dear creatives – God is sending craftsmen to terrify the enemy.

Stories to be told. Songs to be sung. Visions that carry God’s anointing on a canvas.

Prayers that are painted. Fashions that are fashioned in heaven’s courts and sewn on earth.

Beats that capture the heart of Jesus. Games that glorify righteousness and ride roughshod over satan’s schemes.

We live in days where the church needs to be distinct. Melding into the wallpaper so no one gets offended is wearing thin.

The time has come to terrify!

Terrify the devil with our songs. Slice him with our stories. Shame him with our sanctified self-expression. Let the world know that the Voice of the Church of living God will not be silenced.

What has God placed in your heart? Is shame or splintered emotion holding you back from stepping out? What would a 100% YOU look like if you were to step onto the world’s stage, and how can you begin to live with fearless abandon? What would you do if failure was not an option? Is it possible that there is a lion ready to roar?

Christianity is not a kitten to be petted and pacified, it’s the real and roarsome reality that the devil tries to mimic.

Like a lion, satan prowls around looking for those he can devour, but God has released the Lions of Judah, his high praising artful priests to shut his mouth and declare his demise.

Send your craftsmen to the four corners of the earth. Let their overflowing devotion never deviate, their words and work touch the uttermost parts of the planet, penetrating hearts and minds with God-anointed ideas.

Men may push for preeminence, but we in the Body of Christ carry a new renaissance and feel no need to parade. Our wisdom and genius is not of ourselves. Pulling marvels from the world above we strike hard at the heart of the enemy, reaching far behind his lines.

Words we write break through to the hardest hearts. Tunes we sing shower grace on the hearer and usher in the presence. Poems that we pen strike like sharpened scythes reaping harvests of humanity for the King and His Kingdom.

“The craftsmen are coming!” 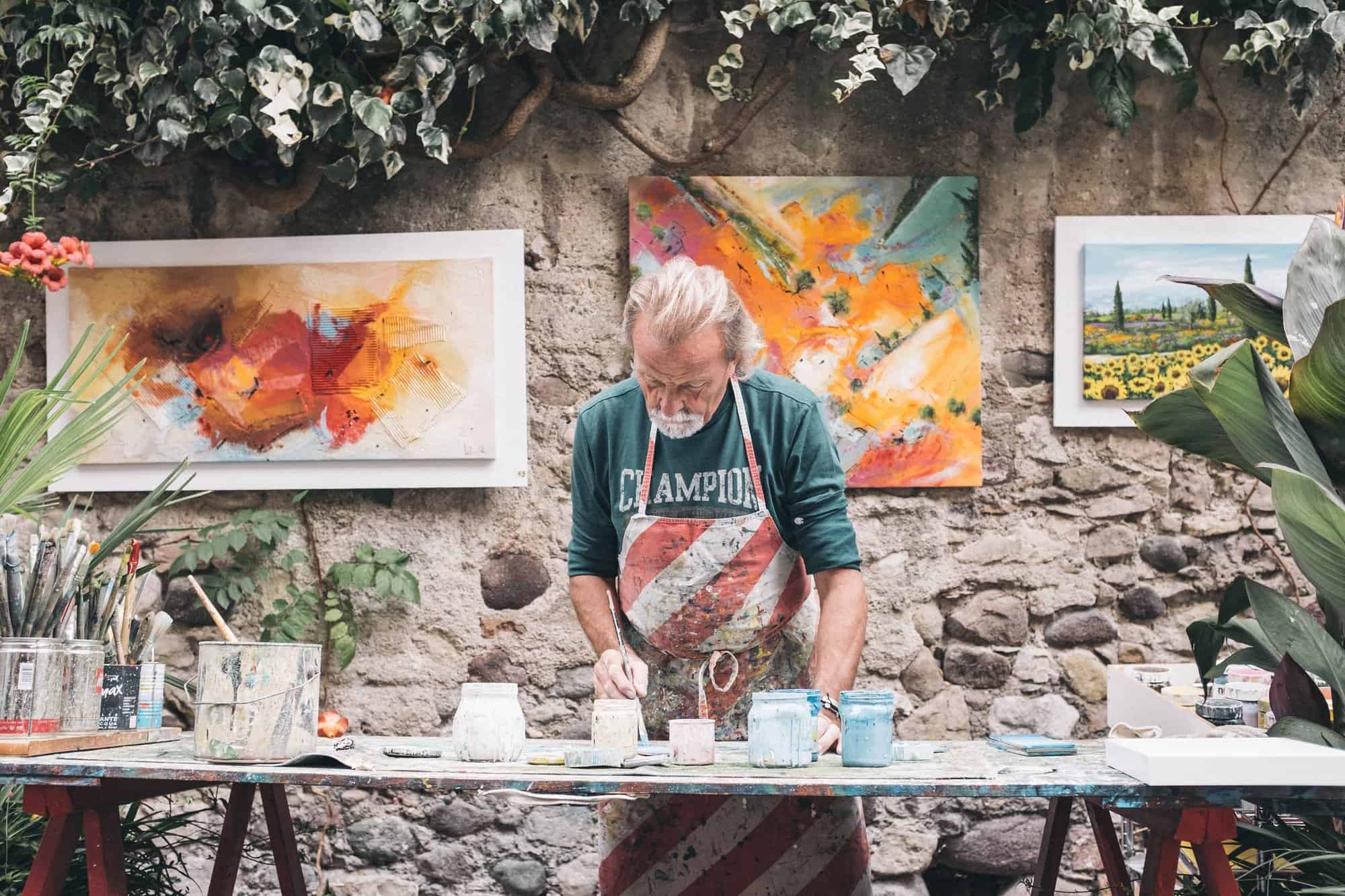