0.75x
1x
1.25x
1.5x
2x
0:00
00:07:54
Apple PodcastsGoogle PodcastsPlayer EmbedShare Leave a ReviewListen in a New WindowDownloadSoundCloudStitcherSubscribe on AndroidSubscribe via RSSSpotify
Looking For Some Fire In Your Inbox?
Sign Up For Awesome Updates
Powered by the Simple Podcast Press Player

Ideas are exciting. Action is exacting. That’s why people love to swim in the idea pool but are reluctant to dive in the river and fight to harness the currents. The thing is, despite feeling comfortable in the pool, only the river will carry you somewhere.

The Difference Between Idea And Action

00:00:01.530]
Welcome to another week, here we are at the outset of another opportunity to make a difference in the world, bring some joy, bring some strength, bring some encouragement to others. That’s what I encourage you to do this week. And today I want to talk about the difference between ideas and actions and really what inspired me to write this, to think about this, to speak about this was a number of ideas that I’ve got rolling around my mind that I think are good, I think could be useful to people.

00:00:37.170]
I think that potentially could lead to some profit for people, for others, for the people who participate. And, of course, for myself, you know, as we give it’s given to us. Good measure. Pressed down, shaken together, running over. Yeah. But it struck me that there are a few things that I’ve been thinking about that are ideas. But I know that the only way to really move into kind of the experience and finding out if those ideas have got legs is to have that is to have courage enough to step into something that’s unfamiliar to me and actually do it.

00:01:26.340]
And this is the thing, isn’t it? The difference between idea and action ideas are exciting, but action is exacting. Yeah, action actually takes some skin in the game, some sweat on the brow, even if that’s just the sweat of, as I say, stepping into something that’s unfamiliar or uncomfortable, you know, and I think that that’s why people love to swim around in the idea pool, but are often reluctant to dive into the river and fight to harness the currents of actually doing and acting on what they believe and what they want to become.

00:02:08.940]
And, you know, the thing is, despite the fact that the idea pool might feel very comfortable and very safe, only the river will actually carry you somewhere like the idea pool is is just a still pool there. You know, you can get in and you can wallow in it. But it’s only when you climb out and go down to the river and dive in that you can actually make any progress and move in a particular direction. Moving in a direction takes action of some kind.

00:02:39.780]
You have to get your feet wet, you know. But once you do, you realise that there’s no turning back. You won’t want to remain in a place of inactivity if you actually begin to take action. And this is the thing. Action begets action and you are an action taker. That’s why you’re here listening to this podcast. That’s why you have this sense on the inside that God wants to move in you and through you and bring something to the table to impact the lives of other people.

00:03:17.490]
And if you think of the picture in the Bible of Israel, the children of Israel coming to the banks of the Jordan River, this was the last barrier to their promised land. It stood between God’s people and their promise. And as long as they just stood on the bank, you know, not a ripple was seen in the water. But the moment they committed their feet, the miracle happened. Joshua 3:13 through 16. It says as soon as soon as their feet touched the water, the flow of water will be cut off upstream and the river will stand up like a wall.

00:03:54.900]
Then all the people crossed over near the town of Jericho. You know, you and I are looking for breakthroughs in different areas of our lives. We’re desperate to step into the promise and to bring others along with us. And I think here is a key. Take the bold step and get your feet wet. You know, it’s only when you’re in the water that you’ll see God go to work and don’t be intimidated that maybe you can’t see the other side, that you’re not sure what you will find there.

00:04:27.030]
You know, God is not asking you to leap over the river. He basically is saying take the first step of faith. And then in that way, it gives him the opportunity to work on your behalf and then take the next step. And the one after that action taken really as scary as it sounds, pushes us out of the kiddie pool into the river. And once we begin to step in, we give opportunity for the Holy Spirit to act on our behalf.

00:04:59.700]
We give opportunity for. That partnership, that that dynamic faith partnership that we have with God to go to work, it’s true in our lives, in our life of ministry, it’s true in our business, it’s true in our family. You know, faith has to be attended by works. There has to be corresponding actions of some kind that really put your stake in the ground and commit you to your believing. Yeah. And you’ll really be surprised to discover.

00:05:32.130]
I think sometimes we are reluctant to take action because of were fearful of what other people will think or say. What if we get it wrong? What if it doesn’t work the way that we hope it will, etc., etc., etc., ad infinitum. But, you know, you’ll find that most people are not as hung up on perfection as you might think they are. You know, like you, they understand the technical things don’t sometimes work the way they hope to.

00:06:29.040]
Why don’t you be the permission giver rather than be one of those waiting for permission? John Maxwell in his book 21 Irrefutable Laws of Leadership defines leadership in a really simple way. He says leadership is influence. And one of the chapters he says this Every time I extend myself, every time I extended myself, took a risk and succeeded. Followers had another reason to trust my leadership ability and to listen to what I had to say. But he had to first extend himself.

00:07:07.230]
He had to take a risk in order to succeed in a God is on your side with him on your side. You’ve got nothing can stop you. Nothing can prevent you from experiencing the success that you seek. Now, there may be times of challenge. There may be plenty of opportunities for learning on that journey. But I can promise you, God is faithful. You can trust him. But we have to take those steps. We have to get our feet wet and extending yourself, taking risks, putting your feet in the river while others stand on the bank.

00:07:46.740]
It opens up possibilities not just for you, but for everyone that follows in your role as a business person or Lee. 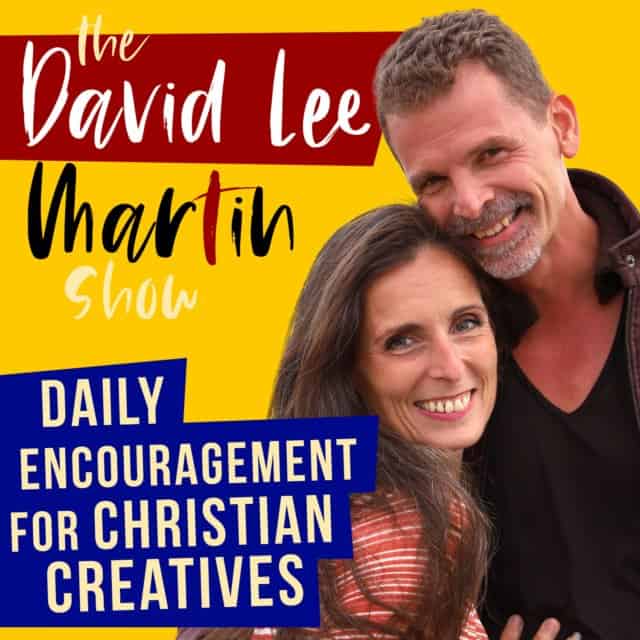