Once-upon-a-time, in the Kingdom of Today, somewhere uncomfortably close to home, there lived a beast called Tomorrow. The Tomorrow-Beast had cast a spell over the entire land, devouring dreams and leaving the people in a poverty of spirit that went far beyond just lack of money.

Heroes were sent to track down and catch the bloated beast, slice it open and retrieve the promises it had swallowed; the many books that would be written, picture painted, and lifestyle changes, the pronouncements and declarations, hard conversations, vital decisions, and a feast of forgivenesses.

But each time they ventured into the lair of the Tomorrow-Beast, as soon as they strained to touch it’s hide, it disappeared and they found themselves back in the moment as if the elusive hope-eating monster never existed.

The Monster was was gone, along with their dreams.

The poor unsuspecting citizens lived in fear, knowing that any notion they carried of becoming more than they were, was subject to the nostrils of the Beast. The smell of dreams and Godly ambition, humility and hope, brought the Tomorrow-Beast rearing and raging down from it’s mountain, slimy jaws open to gulp them all up.

It seemed better never to dream at all. Never to act on exciting ideas. Instead they were placed on the doorsteps each night for Tomorrow to swallow up, never to be acted upon.

Some insisted that there were other beasts living with Tomorrow. It was said that their whispered names summoned the Tomorrow-Beast and his fearful family to the towns and villages to fill their bellies.

Their names seemed so playful, so harmless, but the heartbreaking experience of the townspeople proved that these siblings of Tomorrow were insatiable and merciless.

In the Kingdom there was a little man called David.

One day David decided to slay the filthy Beast of Tomorrow once and for all.

Many years before David had heard of a greater beast, the one from whom his land had taken its name. A much more powerful, benevolent but viciously jealous creature called Today.

If only he could rouse Today to take on the ravaging beast of Tomorrow maybe hope could be restored to the land.

The strange thing was, as if by some magic or ancient rediscovered truth, as soon as he thought of Today it appeared, almost as if it had always been there. Pregnant with possibility and brimming with excitement the creature roared like a thousand lions, right there in David’s own heart and home, its hungry teeth bared for battle and full of fury and fun.

David’s young daughter had once told him, “Dare to Dream”.

He decided it must be so and opened his heart to imagine a future filled with every good thing his heart could conceive.

He knew the very fragrance of faith would rouse the salivating Tomorrow-Beast, but with Today by his side he was finally ready to throw caution to the wind and take his chances.

Sure enough. Swooping through the skies came the darkening-cloud of Tomorrow, ready to steal David’s dreams (and all those of his friends) and carry them away as it had so many times before, just beyond the horizon, tantalisingly close but oh-so-far away.

Closer the Beast of Tomorrow came.

With each flap of its wings, the Monster widened its jaws ready to gobble up each hopeful ambition. Sharp dragon eyes darting this way and that until they spotted David, hidden inside what seemed like a great cave filled with jewels and precious treasure beyond any description.

The Beast spread his wings still further, it’s shadow stretching across the landscape until it flew headfirst into the cave and…

Down came the strong jaws of Today, swallowing Tomorrow whole.

Little did Tomorrow know that as he approached Today his powers to steal and destroy diminished, and his sorcery lost it’s potency.

Tomorrow was gone and all that was left was a big fat Today.

Little David turned and asked the Creature what he should do next.

PS: Just in case you were wondering, Today had One-Day and Some-Day for dessert. 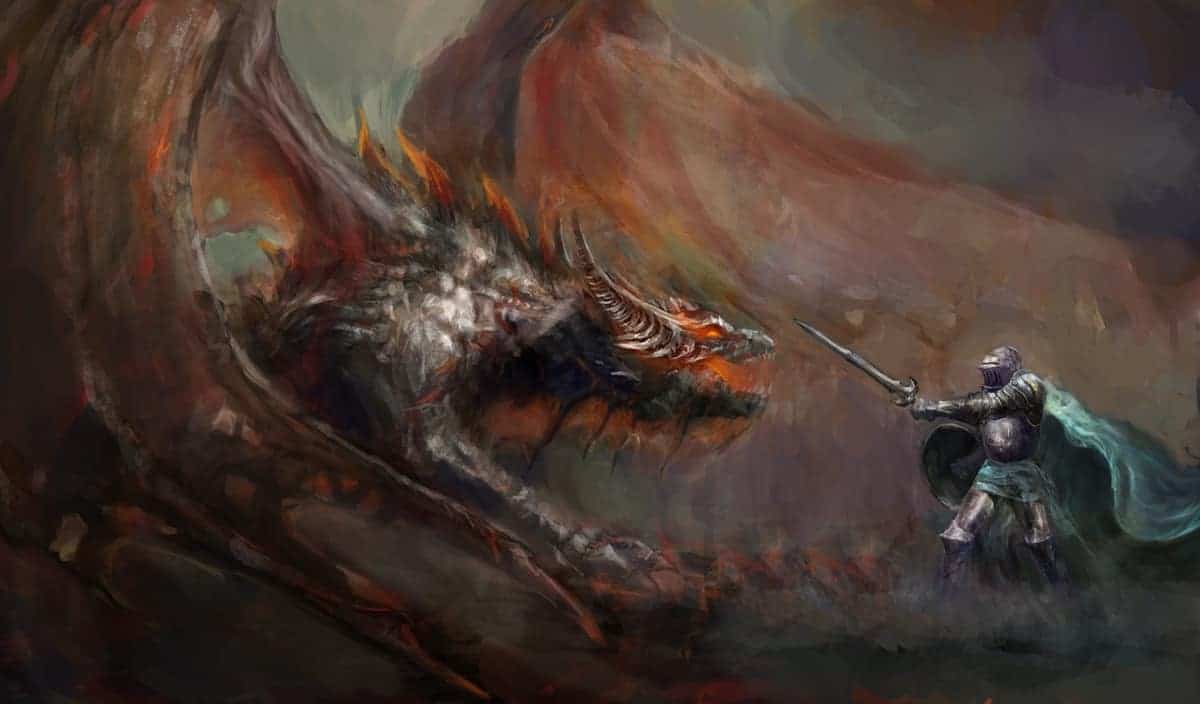