When men looked at his body on the cross it was said he no longer resembled a human being. So ravaged, savagely torn, so bruised and shredded, so bloodied and mauled – more a carcass than a king. Christ, the sacrifice.

Even those who called for his crucifixion were horrified at what they saw.

“…everyone was appalled. He didn’t even look human— a ruined face, disfigured past recognition.” (Isaiah 52:14 MESSAGE)

And yet, what are we witnessing?

What is it that we are looking upon when our eyes burn to behold such brutal inhumanity? How cold, unfeeling, careless and calculated the hands and hearts that devised such torture? What crime could deserve such unspeakable punishment?

Have you for a second seen Him? Have you looked upon the One who willingly took your sin?

Has “Jesus Christ been evidently set forth, crucified among you?” (Galatians 3:1 KJV)

Have your tears poured buckets when you drink in the terror?

Set Christ crucified evidently before my eyes became my prayer for several weeks. I wanted, like the Galatians, to appreciate more the price paid for my freedom.

And then I saw him, and it was me…

Then one morning I looked and saw. The man, if he can be called such, nailed to the cross. But it was not the form that struck fear in my heart, it was what happened next. My chest tore open wide in gaping wound, and spilling forth like black stinking tar my sins spewed out like an obscene river. The stench. The horror. The concentrated, thick, sticky, stream of filth – a witches brew of pride and lust, love of money and affection for the world’s lies and licentiousness. Lukewarmness, envy, adultery, shamefaced lying and conniving. It was all here. No religious fig leaf could ever cover the terror tumbling from my hidden man.

Like a black hole irresistibly sucking all that comes close into its swirling darkness – Jesus Christ on the cross siphoning my sin into his very own being. Relentlessly and selflessly taking it all into himself. Becoming sin before my eyes.

That is why the cross is so horrifying.

The Savagery of Sin

Have you ever looked upon your sin with the same disgust as the eyes that beheld the Savior that day? Blood dripping from every orifice? Savage gouges weeping blood from the scourging? Pierced holes dropping his perfect life into the dust?

Friend, the picture of Christ on the cross, evidently set forth in the gospels, is a picture of the savagery of sin. When we dare to gaze upon Him, we see ourselves without Him. We look upon the horror not just of a man so tortured and twisted, but the twisted nature of our heart apart from him, the torture of a soul bound for hell if no daysman can be found.

My sin nailed him there.

It was the heartless, murderous nature of my iniquity that sliced and whipped him raw.

Sin has no other aim but your death and mine.

Sin’s mandate is your demise.

Yet we fail so often to see through sin’s disguise.

Parading in coquettish familiarity with the leanings of our flesh, the lusts of our eyes, of the flesh, the pride of life, all offer themselves daily to our appetites, smeared in makeup and cheap perfume. Promising delight but delivering death they entice good men and women to forsake their conscience and count the blood of Christ a common thing.

And once the deed is done, the thought received, the graceless word spoken, the gluttonous appetite satisfied, the harlot tears her cloak away and dons the garb of judge and jury, condemning our compromise and berating our weakness.

One minute shameless enticement to sin, the next shameful condemnation, and we join the jury in agreement. Shame beats down upon us in a thousand tearful sorrows and promises of tomorrows fidelity.

How much more the shame of one who never sinned? How must the Savior have turned from the prospect, disgusted by the very thought of his soul being invaded?

How will you respond? 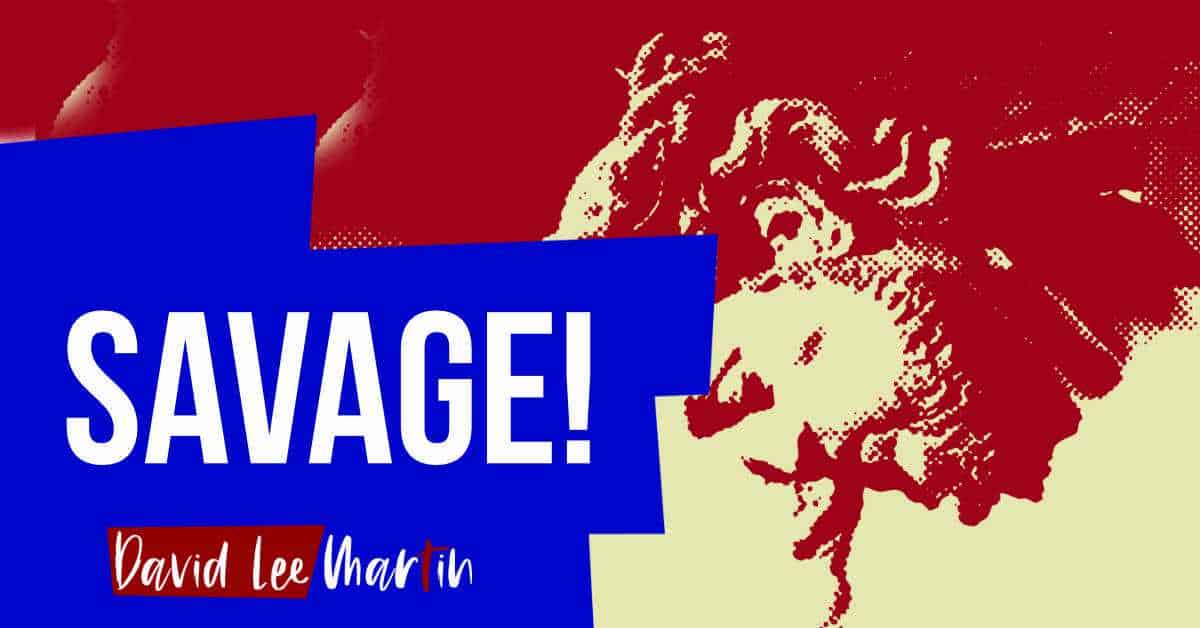