0.75x
1x
1.25x
1.5x
2x
0:00
00:08:43
Apple PodcastsGoogle PodcastsPlayer EmbedShare Leave a ReviewListen in a New WindowDownloadSoundCloudStitcherSubscribe on AndroidSubscribe via RSSSpotify
Looking For Some Fire In Your Inbox?
Sign Up For Awesome Updates
Powered by the Simple Podcast Press Player

In fact, it may be weird to pray nowadays, period.

Most folks like to think they can do life themselves. No help. No fallback. No crutch.

I’m helplessly and happily aware that without Jesus I’m up a creek without a paddle. In fact, not just a paddle, a boat, a motor, a direction, a scrap of toilet paper, or even a hope!

Atheists passionately practice their non-belief with religious zeal nowadays. Ironic how “not believing” has become so in vogue. It’s the new thing to believe. Apparently.

The high-priests of nothing-there push their belief in not believing with a devotion that shames the luke-warmness of many churchgoers.

The worship of self is the altar of choice for a generation.

All the while, there’s some weird folk praying.

00:00:04.190]
I pray weird, I don’t know about you, but I mean, in some ways I think praying at all is considered it considered weird. Nowadays it seems to be in vogue to be like this, like a rabid atheist. You know, it’s like some of these atheists are more kind of fervent, religiously fervent for their nonbelief than than many people are for what they believe. It’s it’s quite an interesting set up. And, you know, there’s there’s a tendency, I think, in our generation, and it’s probably true of any generation, to be honest, but I can only speak for our generation because I actually live in it.

00:01:22.640]
I really don’t know what to Larna or I would do if we’d never met Jesus, if we weren’t walking with him. I mean, that would be like bad news. And and, you know, my my meeting with Jesus was, I guess, a little unusual. I was really very much. Very much not interested in Christianity. I mean, really, I considered Christianity to be very much kind of a just a dumb thing, to be honest.

00:02:02.330]
I just figured it was like a waste of time, some big religious book, people following a bunch of rules. I thought it was much a much better option to just kind of pick and choose what you wanted. And then some guy in my college, I went to college. I didn’t last very long that but I went to college for a year and one of the guys that I like was bold enough to kind of confront me and say, look, why don’t you get a New Testament, just read a little bit each day.

00:02:39.980]
And when you read, you know, just pray or say, you know, God help me understand this thing. And I figured with the New Testament being the short bit, you know, not the big fat, but the smaller book from from the Bible, I could I could probably do that. I picked up a New Testament, started to read it a little, started to kind of just just piece by piece, just a short portion at a time.

00:03:11.060]
And I would do a cursory prayer of sorts, you know, God, OK, if you’re real, you know, help me understand this. And I got as far as the Book of Mark, which is like the second book in the Bible. I mean, the New Testament starts with this big, long list of names. And I thought, man, I don’t think I’ll ever make it through this, but I got through that first chapter.

00:04:03.260]
Speaking of the spirit, I’d never heard of any such thing. And. And by God’s grace, total grace. There’s no. I got so outside the religious box, you know, I don’t even think that he even believes in the box and I don’t believe that he’s aware of it. I don’t think heaven is aware that there are there are actually boxes that were supposed to fit in. And I like he stepped so outside of my box, so outside of my conception of what God is, who God is, what God can do, how God will act.

00:04:48.720]
And that was 30 years ago now, 30 years ago, God met with me in my bedroom. And now it’s just this crazy young man, I mean, like way out there, like I out in the wilds. God is gracious beyond our wildest imaginings and our wildest expectations. And he will come and he will meet with you, whether you know him already, he’s got more for you. If you don’t know him, then you’re missing out.

00:05:26.940]
You are here like it adds a dimension. I mean, this is like the understatement of the millenia, but it adds a dimension to your life that nothing else possibly ever could. It becomes like this magnificent adventure and this incredible obsession to seek out and find Jesus and discover more of him. And, you know, whatever your way it is, you know, we might be praying in tongues my way, it might be I mean, that’s like it’s just got weirder and weirder as the years have gone on, if I’m honest.

00:06:10.430]
I have to shut myself away privately to pray because I never quite know what’s going to come out and I’m glad of it because I enjoy Jesus, I enjoy my walk with God. I enjoy my times in his presence because I never know what to expect. I mean, seriously, 30 years in and he still surprises me pretty much every day. He’s he’s beyond good, he is beyond imagination, beyond comprehension, nothing, nothing you can do as far as you can stretch your imagination, God goes way beyond every time.

00:06:57.130]
And as much as I’ve rambled on today, I guess all I want to say is, hey, Jesus is amazing, he is absolutely just beyond good. And if you don’t know him, I mean, like there I was in my bedroom, some new age hippie kid. And unlike my avenue in was simply reading a few pages of the New Testament and saying, hey, God, if you’re real, help me understand this. It really is as simple as that, he’s not some bearded dude up in heaven with a big stick looking to kind of smack of you sinners, nor is he like the universe, some nebulous idea.

00:07:43.830]
The universe is going to help you, the universe is on your side, he’s not Mr. Universe. I won’t seriously get a life. He’s God. He is. He’s like a person. You can know him. He’s a personality. You were made in his image. He’s not some nebulous idea. He is true and real and reaching out to you today. Well, thanks for listening, hopefully. It’s been an encouragement to you today, if you want to connect any further, you can do so through my website at Davidleemartin.com. 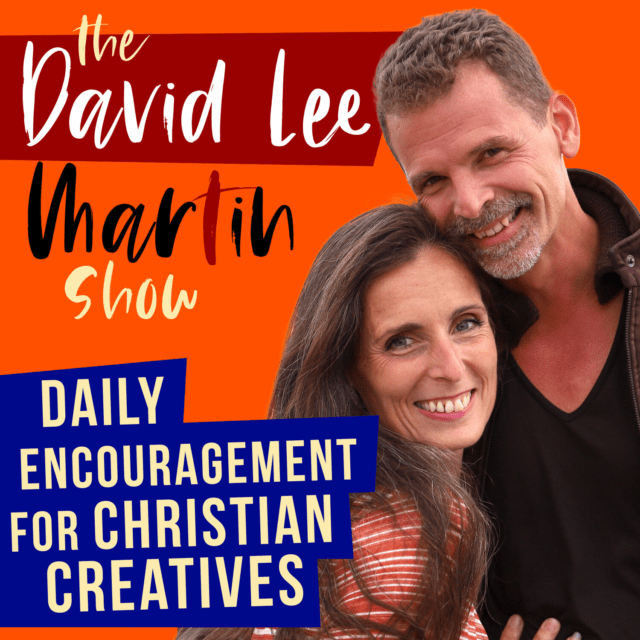